INEC to recruit one million ad hoc workers for 2019 elections

NEWS
Prof. Mahmud Yakub, told the Senate Committee on INEC on Wednesday that the commission would recruit about one million ad hoc members of staff for the conduct of the 2019 general elections. 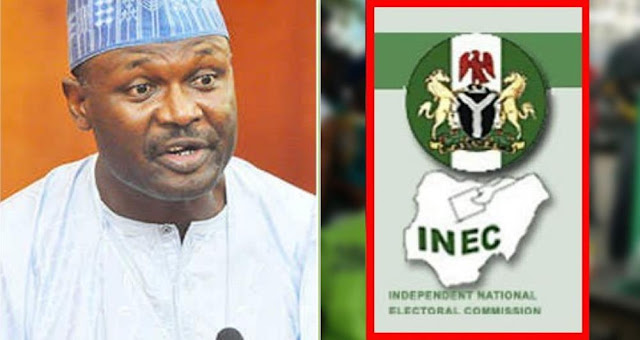 The Chairman of the Independent National Electoral Commission said that the ad hoc workers to be deployed for the polls, which will begin in 484 days, will be about 300 higher than the 700 engaged for the 2015 general elections.
He said,
“The projected increase in the number of ad hoc (members of ) staff to be engaged in the elections by the commission arose from the need to make provisions for adequate manpower for the exercise on a general template and, specifically, to take care of peculiar needs for that purpose in some polling units across the federation.”
The INEC boss, at the interactive session with the lawmakers, also disclosed that the commission was planning to make the five categories of disfranchised Nigerians participate in the 2019 general elections.
The five categories, according to him, are the 16,000 INEC personnel, members of the civil society organisations who serve as election monitors and observers, the media, security personnel and prison inmates.
Yakub assured Nigerians that the smart card readers to be deployed for the polls would function efficiently as users would be adequately trained on its usage before the election.
He noted that the irregularities recorded in the last poll due to malfunctioning of the devices, would be prevented in the forthcoming elections as adequate training would be provided for those to who would handle the equipment.
“Controversies and challenges raised on the smart card readers in the 2015 elections, to us in INEC, were over magnified because the problem was not technological on the part of the device but attitudinal on the part of the users due to lack of adequate training.
“Thus, because the problem is more of attitudinal than technological defects, solid steps are being taken by the commission to bring about robust interface between the machine and those to use them in terms of practical trainings before the elections,” Yakub said.
Yakub boasted that INEC would show Nigerians how prepared it was for the 2019 general elections with how the governorship elections would be conducted in Anambra State in November 2017 and in Ekiti and Osun states in 2018.
Woos 10/19/2017
Next article Next Post
Previous article Previous Post