NEWS
Falz’s father and a Human rights lawyer, Femi Falana, in a conference, stated that Pastor Adeboye Of Redeemed Christian Of God is creating business centres, not churches. 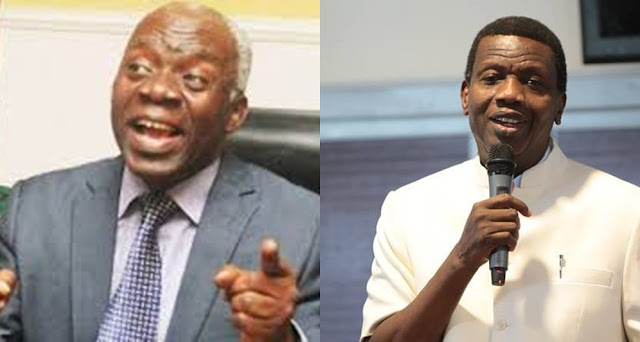 Femi Falana stated this in a conference about the late Fela Anikulapo Kuti, he said;

Pastor Enoch Adeboye once said he wants to establish more churches so that everyone can have a church within a walking distance.
The statement caused controversy as many condemned the idea.
59 year old Femi Falana SAN is a Nigerian Lawyer and human rights activist. He contested and lost the governorship election of Ekiti State in 2007 on the platform of National Conscience Party, a party he served as National Chairman in 2011.
See the video below;