NEWS
According to an online user,  Eze King Fortune, a Nigerian man was beaten to a pulp and arrested for allegedly killing another Nigerian man’s wife in Brazil over an unpaid debt. 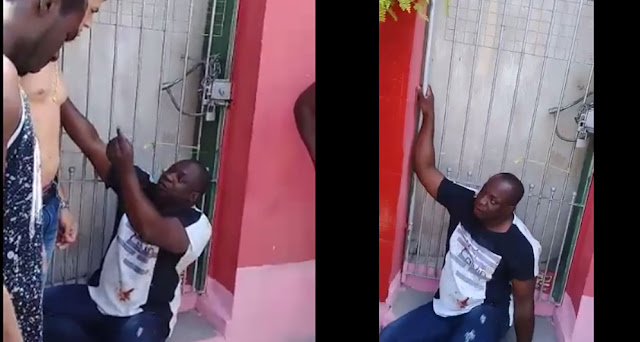 He stated that the suspect who is a Yoruba man, stormed the home of an Igbo man to collect about 3000 ‎Reais (1000 dollars i.e over N360,000) he was being owed.
But he couldn’t find his debtor at home because he reportedly went to pick up his kids from school.
Rather than wait for him, the man allegedly shot his debtor’s wife three times – killing her instantly.
The suspect was beaten and also apprehended by fellow Nigerians and residents before authorities arrived the scene.
See video below;